Moab Rocks 3-day stage race successfully fulfilled our goal for racing this season> to find the best mountain bike races in North America! This was my first stage race and it was Dylan’s second, but our first go-around together.  He raced the Fernie Furious 3 way back in 2011 as a duo team with his brother.  Together, we gained mental, technical and tactical strength and experience that will go a long way into this season and beyond. Moab Rocks is certainly on the race calendar for 2018.  Join us!  It was an excellent, well organized event with tons of great people, trails and prizes!

After 15 miles of CONSISTENT climbing, Dylan was top 10 going into the descent. Myself and female competitor, Marlee Dixon, had maintained a steady pace to break away from 2016 bronze medal Olympian, Catherine Pendrel, in the last few miles of the ascent.

On this first day, both Dylan and I suffered from lack of “terrain knowledge”; chunky, technical rock, with multiple drops and various lines to take.  Mechanically, we both made the error of riding with too high of tire pressure as well, which didn’t help on the rough descent.  We learned a lesson on climbing up into thin air this stage.  Oops! 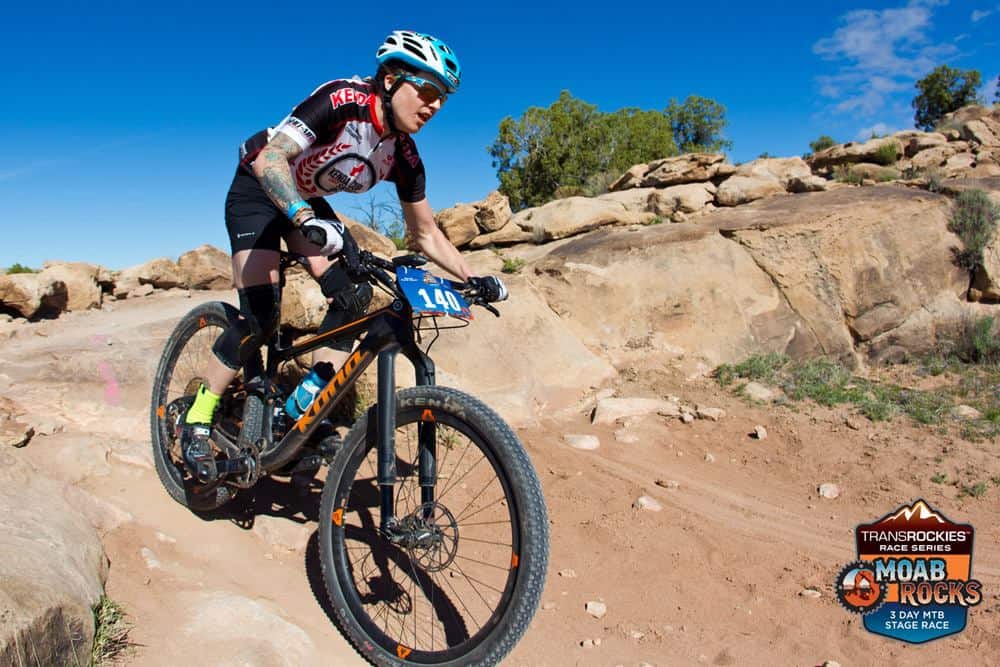 Take note, this is one stage that riding on a more “trail” style bike is certainly advantageous: The time you lose on the climb can be made up on the long downhill.  A lesson learned for next year!

Overall, it was a super long, dirt road/pavement climb, followed by an hour of some of the wildest, best descending you’ll ever do in a cross country race.

This stage was the most “cross country” type layout of the three days. After a fast 3 miles of dirt road, it was a mass sprint up the first short slick-rock climb. At this point, I made my move on the rest of the women’s field. I knew that I needed to take advantage of my motivation and increase my lead. Lead I did; across the finish line to own an impressive stage win.

In Dylan’s race, he was in a group of four just behind the lead group when one guy crashed hard.  This allowed a few others to catch up, including a familiar face: Colorado’s Nolan Brady.  Dylan worked hard, both mentally and physically to stay with Nolan and the new group.  Unfortunately, with around 2 miles of racing to go, his front tire washed out on a sandy corner, and Kaboom!  This “face-plant into a shrub” mishap provided enough time for two guys (Pivot/OTE rider Mathieu Belanger-Barrette and Squamish, BC rider Greg Day) to catch up and pass him within the final half mile. Overall, this was conjunctively, our most exciting and best performance day in the saddle! 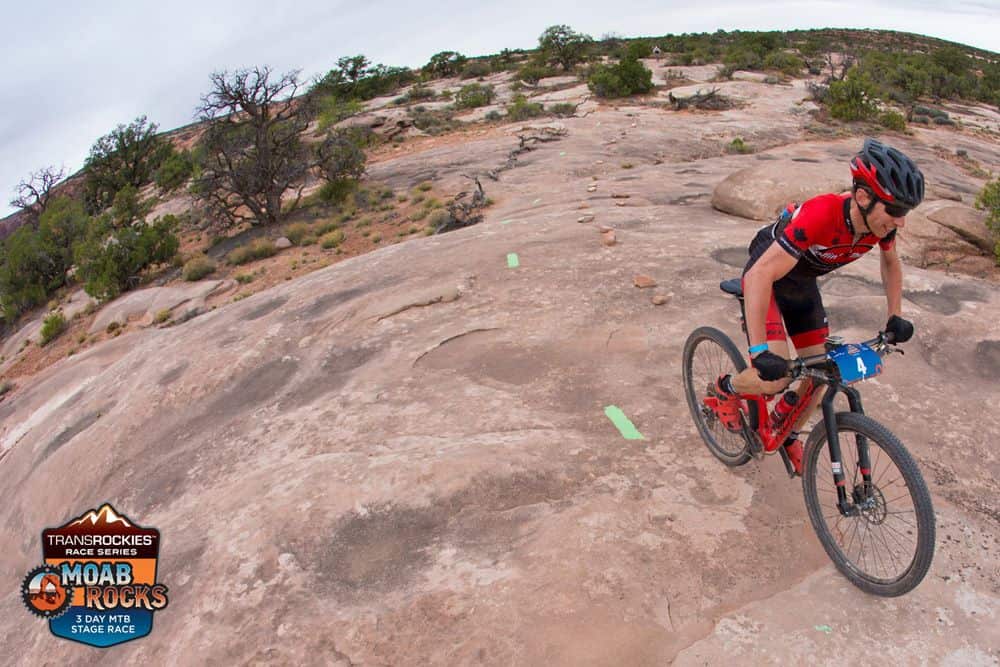 Stage three had a mix of everything.  Some steep climbs, some smooth flowy singletrack and of course, more slickrock!  Dylan found himself in between the lead and chase group for the first third of the race. After losing some time to his competition on the rough singletrack and rocks, he was sitting around 25th before the final climb.  But this is where all 141 pounds of Dylan shines: steep climbs at the end of a long race!  He passed around 8 guys in the sand and on the final climb, only to have his chain drop on the last descent! By the time he fixed his chain and got back on the pedals, several riders he had just passed zipped by just before the finish.

I had my most challenging day in the saddle, mentally and physically. Despite my legs not responding the way I had hoped and a few tactical errors early on in the race, I was able to keep a steady pace. In the final 8 miles of the race, I had a sketchy endo that luckily, did not leave me toothless or end my race! After feeling like my mouth was disconnected from my face and seeing stars, I somehow “found another gear” and charged onward to the finish; leaving everything I had on the Moab dirt.

At the end of the day, the rough terrain had worn us both out, as any good race should.   However, after taking on such an endeavor together, we were all smiles, completely full of happiness, learned some valuable lessons, and got to ride some of the best, most challenging trails we’d ever raced on.  Three days at Moab Rocks served as a great catalyst to stage racing, and prepared us well for the next event: 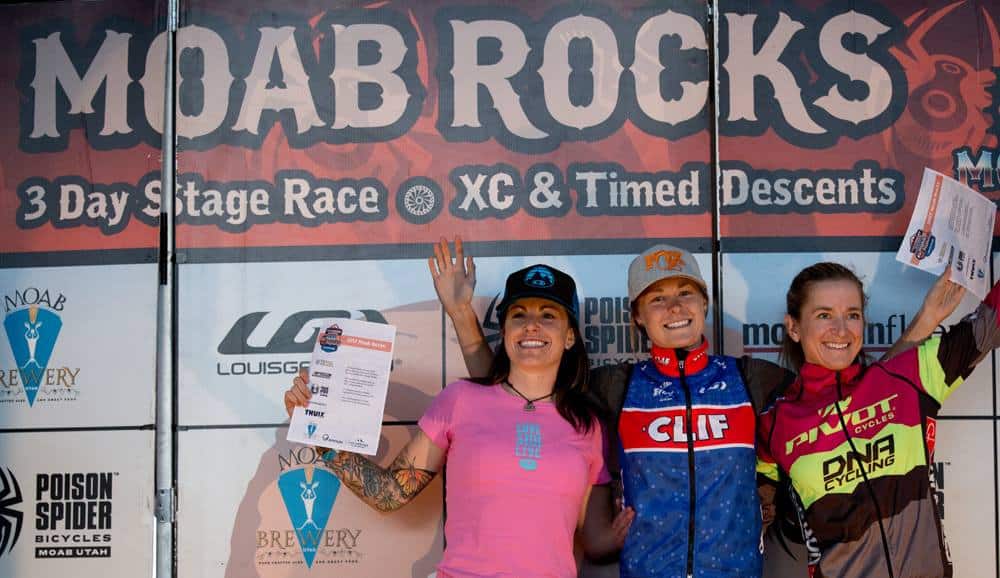 A very special thanks to our sponsors: