You know what they say – It’s not fat biking if you’re not walking. Over the last handful of years, I’ve trudged my Fat Bike all over this valley. It’s great training after all. Imagine dragging an anchor through knee deep snow… uphill… both ways.. oh and it’s -20. Good times right?! Seriously though, if you haven’t had the pleasure of rolling a fatty, I highly recommend it. Basically, if you like bikes like I do, you’ll have one hanging in your shop right now. Maybe you even have two!

In years past, tracks were pounded out by bike, foot, and snowshoe. If you were lucky, you could hop on to a snowmobile track and If it were set up nice you’d get in a decent rip. In the late winter months, you may take a break as things become more or less impassable. 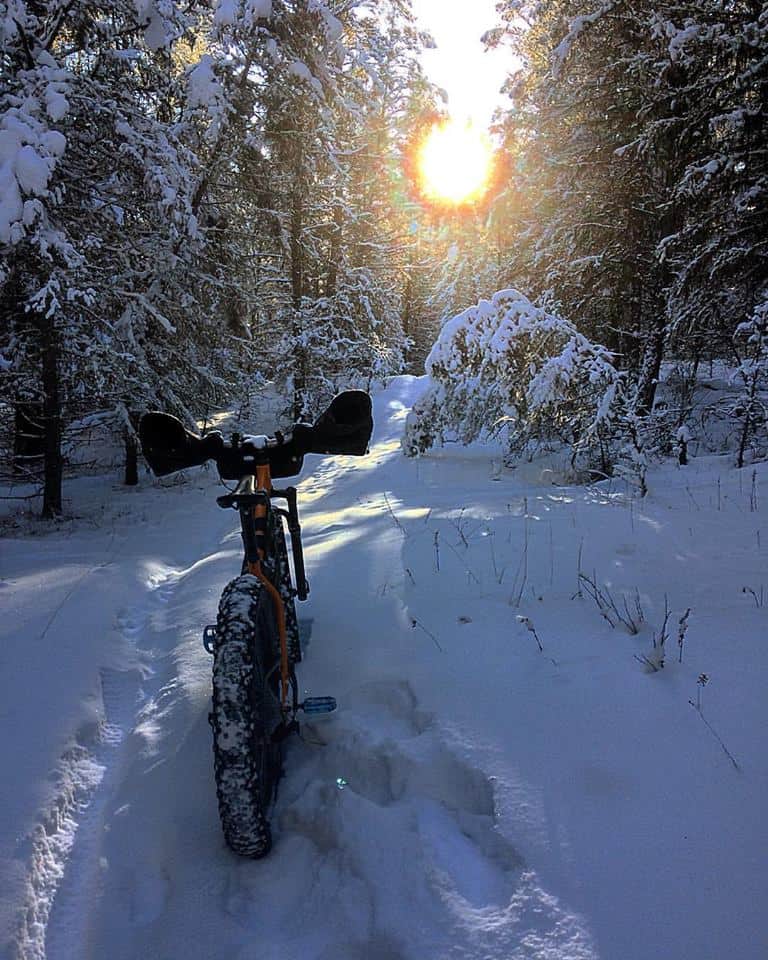 Fresh tracks look pretty, but they also mean a world of hurt, and a lot of walking.

Well, a couple of years ago a couple locals started working on various types of grooming apparatus. Tire dragging and weighed down toboggans led to welded rigs that could be towed behind snowmobiles. Nipika Mountain Resort opened up a stellar network of groomed trails which fueled the inertia to more grooming projects in the area as well as Nipika’s inaugural Cross River Ripper Fat Bike Race.

Fast forward to February 2018 and the successful fundraising effort which raised well over $6000 for Invermere’s Columbia Valley Cycling Society to purchase a SnowDog. Imagine a shopping cart with a motor and a snowmobile track capable of hauling a human, standing on some type of toboggan, thru the woods. The track breaks up the snow while the “toboggan”, or whatever grooming apparatus you want to use, packs it forming a fairly narrow piece of singletrack thru the snow. Once set up, you have a magical snowy path through the woods. Eureka! 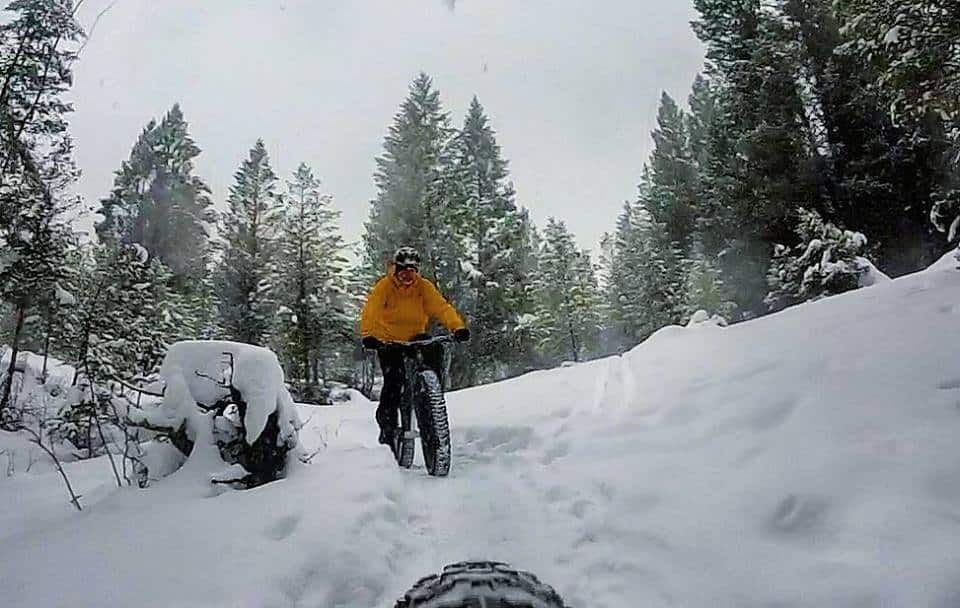 Invermere is a small community in the Columbia Valley flanked by the Rockies to the east and the Purcells to the west. If you weren’t paying attention you might blast by on the highway and not give a second thought to whether there’s any riding at all. Look closer and you’ll see that Invermere is positioned to become an East Kootenay mountain biking Mecca offering hundreds of kilometers of winter and summer riding as well as easy access to the alpine to get your scree fix. Accommodation options are vast and some are within riding distance of the trails.

If you’ve been holding off picking yourself up a fat bike, now’s the time. Elemental Cycle can set you up with everything you need to protect yourself from the elements as well as a steed upon which to shred. For plenty more info and advice, contact the shop, or better yet – stop by for a chat. But be warned… it could get deep…

2 thoughts on “Emergence. A diamond in the rough.”